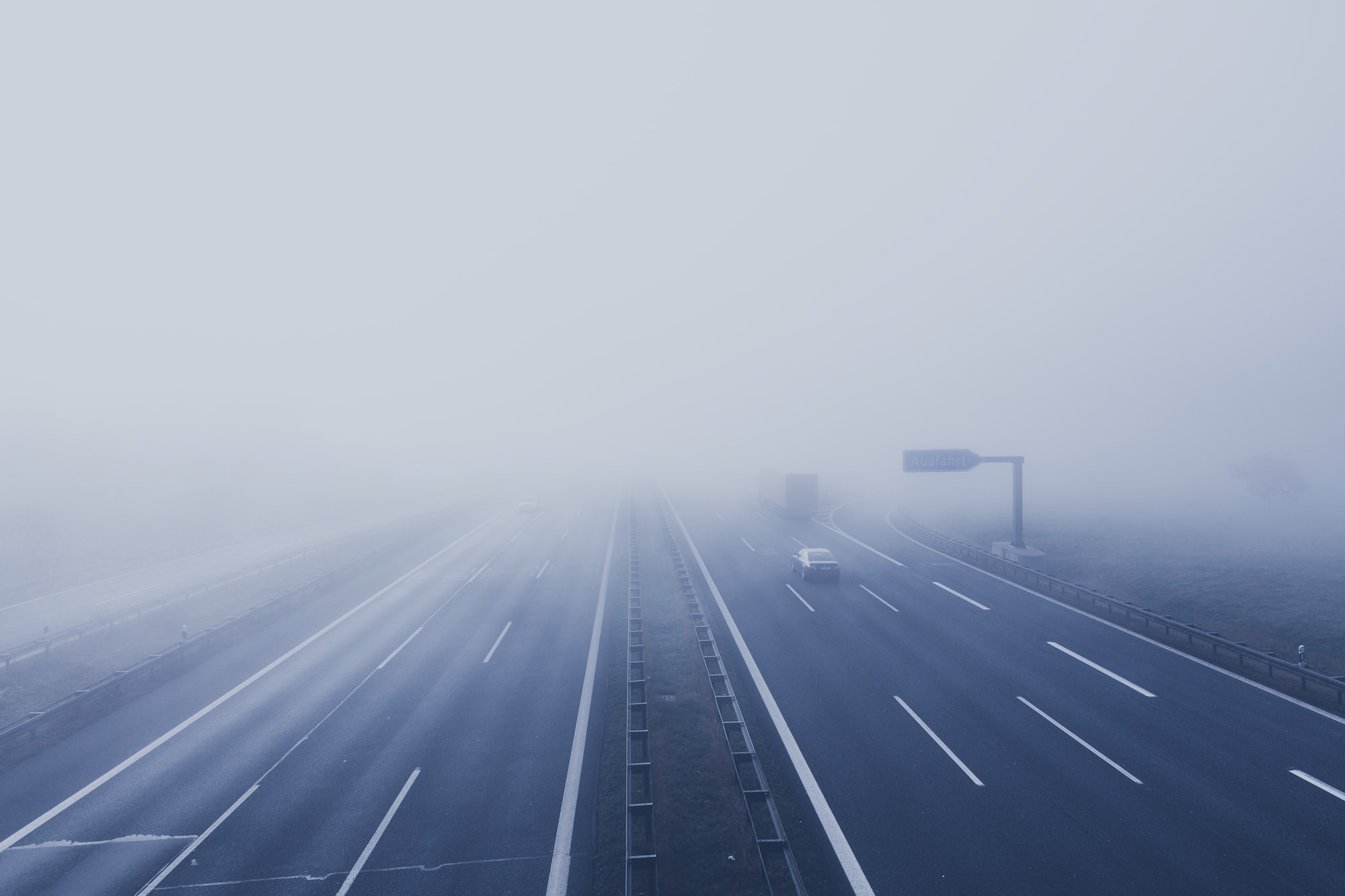 Ad Agency Forecast: Expect The Advertising Market To Rebound In 2021

Three prominent global ad agencies, IPG’s Magna, Publicis’ Zenith and WPP’s GroupM released their ad spending forecast for 2021 and an update on their ad spend estimates for 2020. With the pandemic and economic recession that began in mid-March 2020, the ad market plunged not only in the U.S. but globally. The marketplace gradually rebounded in the second half of 2020.

There are a few other common trends among the forecasts globally and in the U.S. market. For example, digital media ad spend will continue to grow at a greater rate than traditional media accounting for over 50% of ad spend. In addition, in the U.S., local TV, benefitting from political ads, local TV was stronger than other traditional media.

With movies expected back in theaters in 2021, cinema advertising will see a significant boost in ad dollars. Additionally, in 2021, out-of-home advertising is expected to have strong support from marketers compared to other traditional media. The postponed Tokyo Olympics will also bolster ad spend. Looking globally, the ad marketplace in China proved to be among the most resilient in 2020 among major markets.

Magna noted that the ad market was more resilient than average in the world’s two largest markets U.S. (-1.3%) and China (+0.2%) were stronger compared to other major ad markets. (When political ads are excluded, the U.S. decrease was greater at -3.3%.) Among global regions, the ad market in Latin America was hit the hardest by the pandemic and ensuing recession with ad spend down 11.3%.

Magna expects in 2021 with a COVID vaccine and the postponed Olympics, the ad global marketplace to rebound. The agency forecasts the global ad spend to increase by 7.6% to $612 billion. Linear media will grow by 3.5% and digital will be +10.4%. Every key market will see a rebound in ad spend, led by India at +26.9%. Despite the year-over-year growth, in 2021, the ad spend for linear media will be $42 billion lower than it was in 2019.

U.S.: In 2020, Magna reports the ad spend decline in the U.S. will not be as pronounced as in other markets, because of a strong digital media marketplace and political advertising. The agency estimates total ad dollars for 2020 to be $221 billion with the losses occurring in traditional media. When 2020 ad forecasts are compared to the previous year, Magna estimates the ad spend for national media (television, OOH, print, radio and cinema) to be down by percent double-digits. Only local TV, aided by record political ad spend had a modest decline. (When election ad dollars are excluded, the loss would have been 20%).

Magna estimates ad spend for linear media fell to be $81 billion in 2020, a year-over-year decline of 16%. The agency expects digital media, driven by ecommerce and advertisers looking for “lower funnel” attribution, will grow by 10% in 2020, reaching $140 billion. As a result, in 2020 digital media will account for 63.3% of total ad dollars.

In 2021 Magna estimates the U.S. ad marketplace will grow by 4%, reaching $230 billion for the year, surpassing 2019 ad dollars. Year-over-year digital media, led by search, social and video, is forecast to grow 8%. Ad dollars for linear media is expected to decline by 2.8%. After a dismal 2020, Magna projects cinema and OOH advertising to bounce back the most among the five traditional media outlets as consumers become more mobile. Conversely, with little political ads, local TV ad spend will drop by 20.4% (if election dollars are excluded the estimated year-over-year falloff would be only 3.7%).

Vincent Létang, EVP Global Market Intelligence at Magna, and author of the report, said: “Back in the spring, Magna predicted that digital media organic growth factors would drive digital to grow despite the COVID recession (+1% globally, +3% in the US). It turns out digital media resilience was even stronger than expected (+8% globally, +10% in the US) and possibly because of the changes brought by COVID. The pandemic triggered a tremendous acceleration in both supply (digital media usage and audiences, ecommerce) and demand: small businesses embracing digital media to keep their business alive during lockdowns, big brands pivoting towards lower-funnel marketing channels as they typically do in recession times. Magna believes the return of consumer mobility, major events and economic recovery will prompt most industry verticals to grow their linear advertising budgets in 2021, but the long-term trajectory has shifted even further towards a digital-centric marketing environment for years to come.”

Global: In 2020, Zenith estimated the global ad spend will total $587 billion, a year-over-year drop-off of 7.5%. The agency noted the ad marketplace had unexpectedly rebounded in the latter half of 2020 or the decline would have been greater. In 2021, Zenith forecasts the global ad marketplace, driven by the postponed Tokyo Olympics and UEFA Euro tournament, will grow by 5.6% to an estimated $620 billion. Nonetheless, global ad dollars in 2021 will be lower than in 2019 ($634 billion). Looking ahead to 2022, global ad spend is projected to grow by another 5.2% reaching $652 billion.

In 2020 Zenith reports every global region recorded a decline in ad spend when compared to the previous year. The Middle East & North Africa had the sharpest drop-off at -20.0%, followed by Latin America -13.8% and Western Europe -12.3%. The North America market will fall by 5.3%, the least of any region Zenith measured. In 2021, Zenith forecasts year-over-year ad spend growth across all regions led by Middle East & North Africa (+11.0) and Latin America (+10.0%). With an off year politically, the North America region is forecast to have a more modest growth of 3.3%, the lowest of any region. Globally, Zenith expects the ad spend market to not surpass the 2019 level until 2022. In addition, in 2021, Zenith expects the Asia Pacific and Central & Eastern Europe regions with their successful containment of COVID-19 and not as advanced ad economies to bounce back quickly.

In 2020 Zenith projects global digital ad spend to grow by 1.4% increasing their share of ad spend to 52%, up from 48% in 2019. Led by search and social media, the pandemic had forced marketers to rely more on ecommerce to build and maintain consumer relationships. By 2023 Zenith expects digital ads to account for 58% of all global ad spend. In their report Zenith notes that digital transformation is rapidly shifting budgets to digital advertising, “The pandemic has permanently changed consumers’ shopping habits, and for many, ecommerce has become the norm,” said Lauren Hanrahan, Chief Executive Officer, Zenith USA. “Retailer media offers brands the opportunity to connect with consumers at the most crucial point of customer journey, when the final purchase decision is made.”

Global: In 2020 GroupM forecasts year-over-year global ad spending to drop by 4.1%, totaling $590.6 billion (the figures include U.S. political advertising). Although the ad economy did strengthen in the second half of 2020, GroupM says it was well below the +8.7% the global ad spend the agency had reported in 2019. In 2020 the decline in ad dollars will be prevalent across all five global regions.

U.S.: Including political dollars, GroupM forecasts U.S. ad spend in 2020 to total $228.1 billion, a falloff of 3.9% from 2019. The figure would be the lowest total since 2017 and the first year-over-year decline since 2009, when ad spend had plummeted by 16.8%. GroupM notes the loss could have been higher except for a stronger than anticipated second half of the year.

In the U.S. market for 2021 GroupM projects the ad marketplace to bounce back reaching $242.2 billion, a year-over-year increase of 6.2% (+11.8% when political dollars are omitted). In 2021 the agency forecasts ad spend for digital media to grow by 14.1% accounting for 54.0% of ad dollars. Looking at traditional media GroupM forecasts robust year-over-year growth for cinema and OOH.

Brian Wieser, the Global President, Business Intelligence at GroupM, who prepared the report noted, “Much like the overall economy, the advertising industry is also experiencing a K-shaped recovery. At one extreme, we can see how digital advertising decelerated meaningfully in the second quarter but rebounded in the third quarter to approximately first-quarter levels. By contrast, locally skewed traditional media (including related digital extensions) such as radio, newspapers and outdoor advertising fell by nearly half in the second quarter and continued to decline on a year-over-year basis by nearly one-third in the third quarter.”

Wieser adds, “Because the dominant advertisers in radio and print were among the worst hit, and because any medium cut entirely from a marketer’s budget can have a hard time getting restored there will be no significant recovery for some media any time soon.”

Of course, the global and domestic ad marketplace can be very volatile. As we’ve seen in 2020 unforeseen events can wreak havoc on the impact on the economy and hence the ad marketplace. In addition, new ad opportunities especially in digital media can affect ad spend allocations. Mindful ad dollars are all estimates, these agencies are constantly revising their projections both in the U.S. and abroad.